Go to the Labaroche wood museum

in the Museum of Woodworking and Heritage

The museum of woodcrafts > The trades

A woodcutter (also known as a logger or lumberjack) is somebody who cuts down trees for a living. They were employed by forest owners or timber merchants. They would spend part of the year in the forest, living in huts, often with their wife and children.

Through this activity, woodcutters provided timber (for construction and furniture) as well as firewood for homes and for the manufacture of charcoal, which was used in the metal industry for many years. 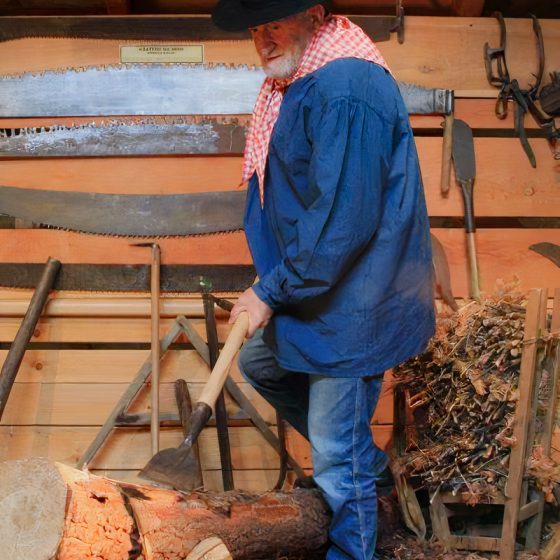 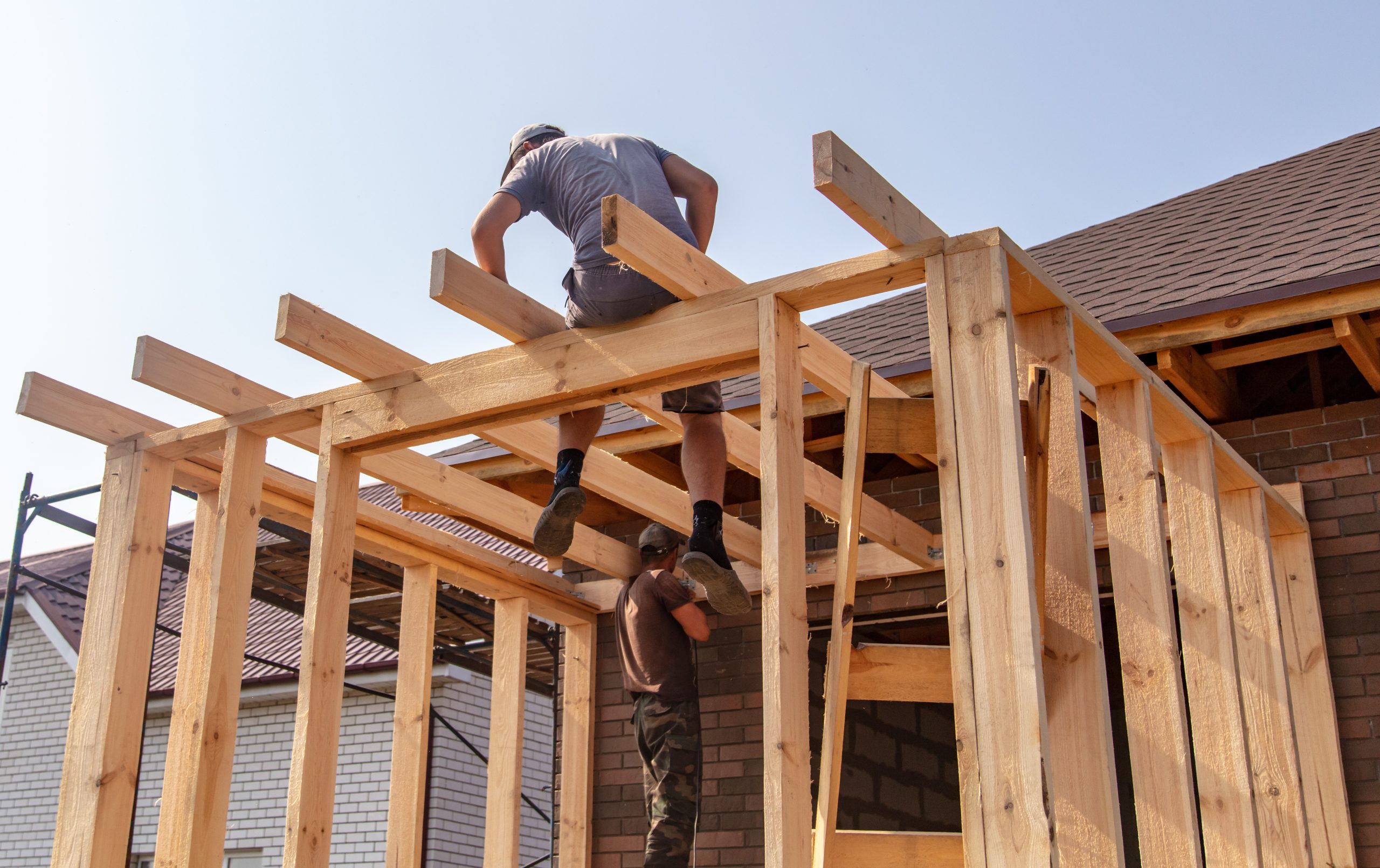 Woodworking is one of the oldest trades, originally confined to the construction of large structures, where wood was used in the form of solid pieces. Practitioners were known as carpenters and the art they practised as carpentry.

It comes as no surprise then that it is to carpenters that we owe the first furniture made of solid wood, crudely crafted and assembled, some examples of which have survived from the Middle Ages.

As woodworkers, the main activity of wheelwrights was producing vehicles (carts, dumpers, flatbed carts etc.), the most difficult task of which was making the wheels. They also made tool handles and ladders among other things. Since in winter there was less work to be done in terms of repairing carts and tools, wheelwrights would do carpentry work. They would also make toys for children and various everyday objects, such as clock cases.

Their trade required them to master woodworking techniques, but also ironmongery: wheelwrights and blacksmiths worked closely together when fitting the iron bands (early tyres) around the wheels.

Present in every village in the early 20th century, wheelwrights’ trade gradually disappeared from the 1950s onwards with the emergence and widespread use of motor vehicles and pneumatic wheels. 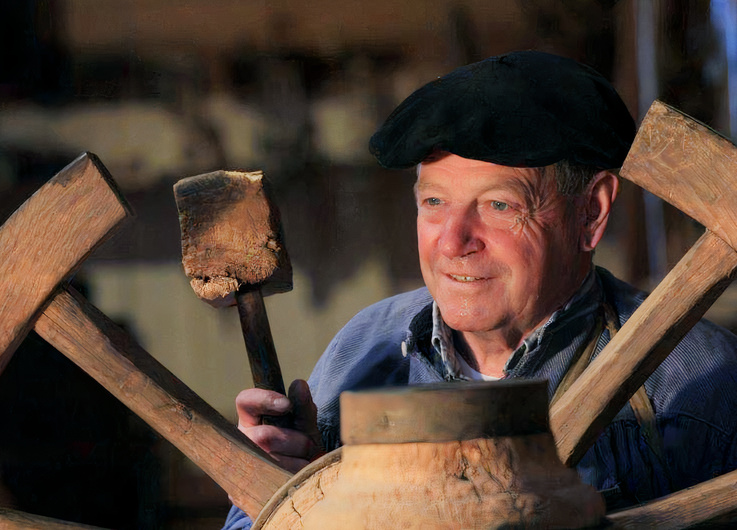 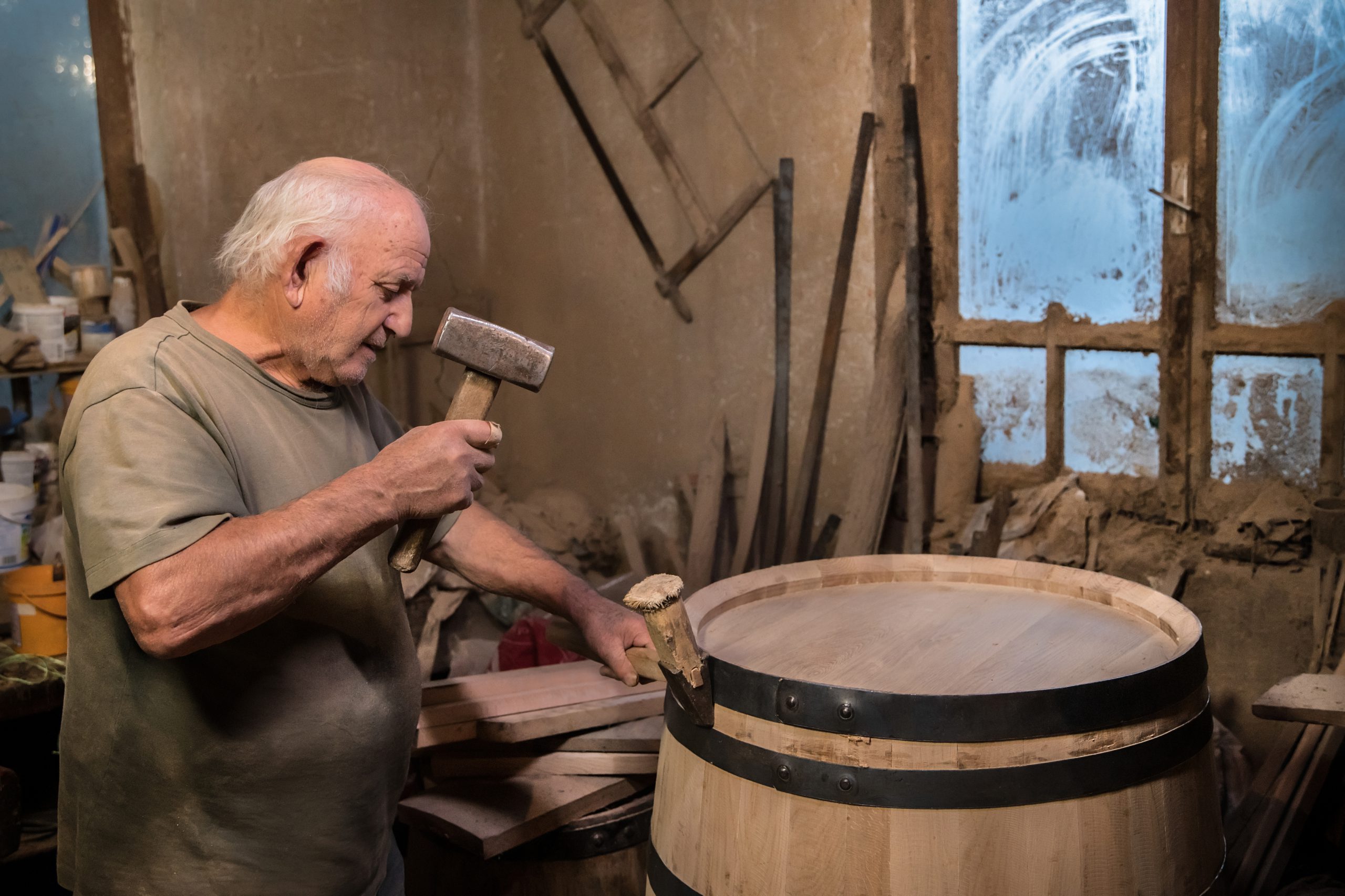 A cooper is a wood craftsperson who makes barrels (wooden casks). To do this, they need perfect mastery of wood, which they bend by combining the use of water and heat.

Nowadays, barrels are used almost exclusively to hold wine. In the past, they were used to store and transport all kinds of liquid as well as solid goods like gunpowder.

The work of coopers is the result of know-how that goes back to the Gallic period, i.e., more than 2,000 years ago.

Clog makers are tradespeople who make clogs (wooden shoes). Their wares were once in high demand because almost the entire rural population wore wooden clogs right up until the mid-20th century. A pair of wooden clogs, depending on the activity of the wearer and how well they took care of them, would last a maximum of two to three months.

Clog makers used to live and work in the forest, so would have had woodcutters and charcoal burners as neighbours. Clog makers and their family would live in cabins built from branches.

Birch was the tree most commonly used. But clog makers might also have used acacia, beech, elm, poplar and willow. Some clogs intended for wealthy owners were made from walnut wood.

The work had to be done with wood that was not too dry, to make it easier to shape the wood.
Once finished, the shoe was left to dry for three to four months, although far away from any source of heat.

An experienced clog maker could make a pair of clogs in an hour and a half. If the wood split in the middle of making a shoe, the clog maker would have to start from scratch. 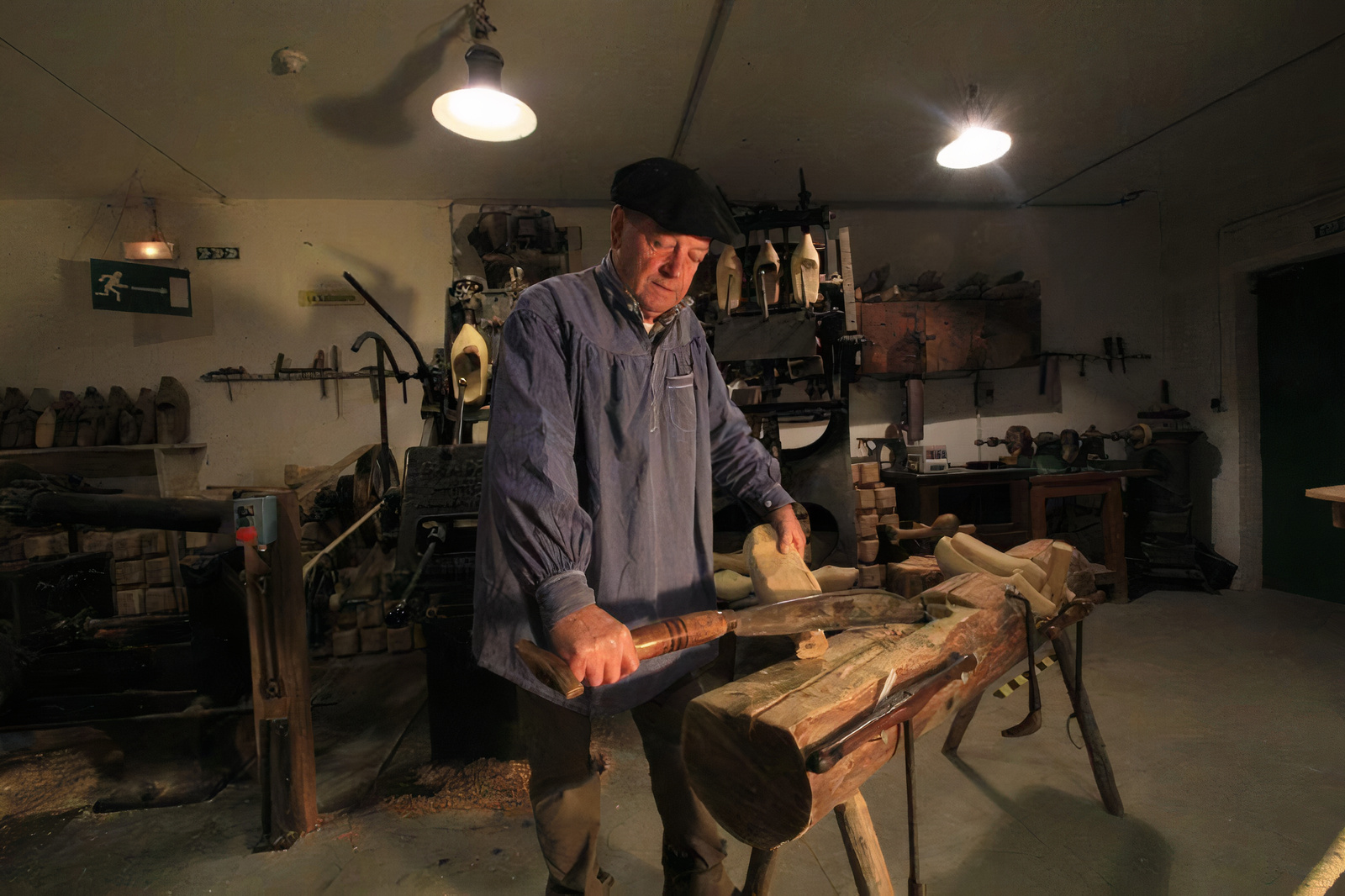 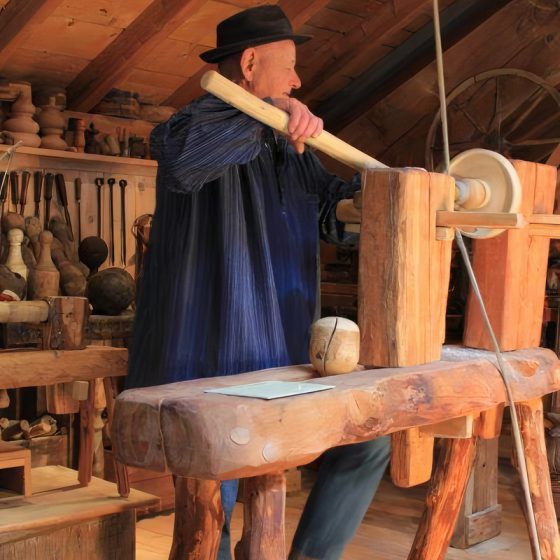 The origin of woodturning dates back to 1300 BC in Egypt. The activity was then carried out by two people: one to rotate the wood using a rope and the other to machine the wood with a tool.

The Romans improved on the Egyptian method by introducing a bow to help rotate the object to shape. Turning techniques also continued to develop year after year.

In the Middle Ages, a pedal mechanism was developed to offer greater freedom of movement when turning.

With industrialisation came the invention of a motorised solution designed to increase rotation speeds and make work faster and more efficient.

Basket makers are both farmers and artisans. They often have their own willow orchard.

The basket-weaving trade reached its peak at the time of industrialisation. These artisans would have worked in a range of industry sectors, from winemaking to agriculture to the bakery trade. 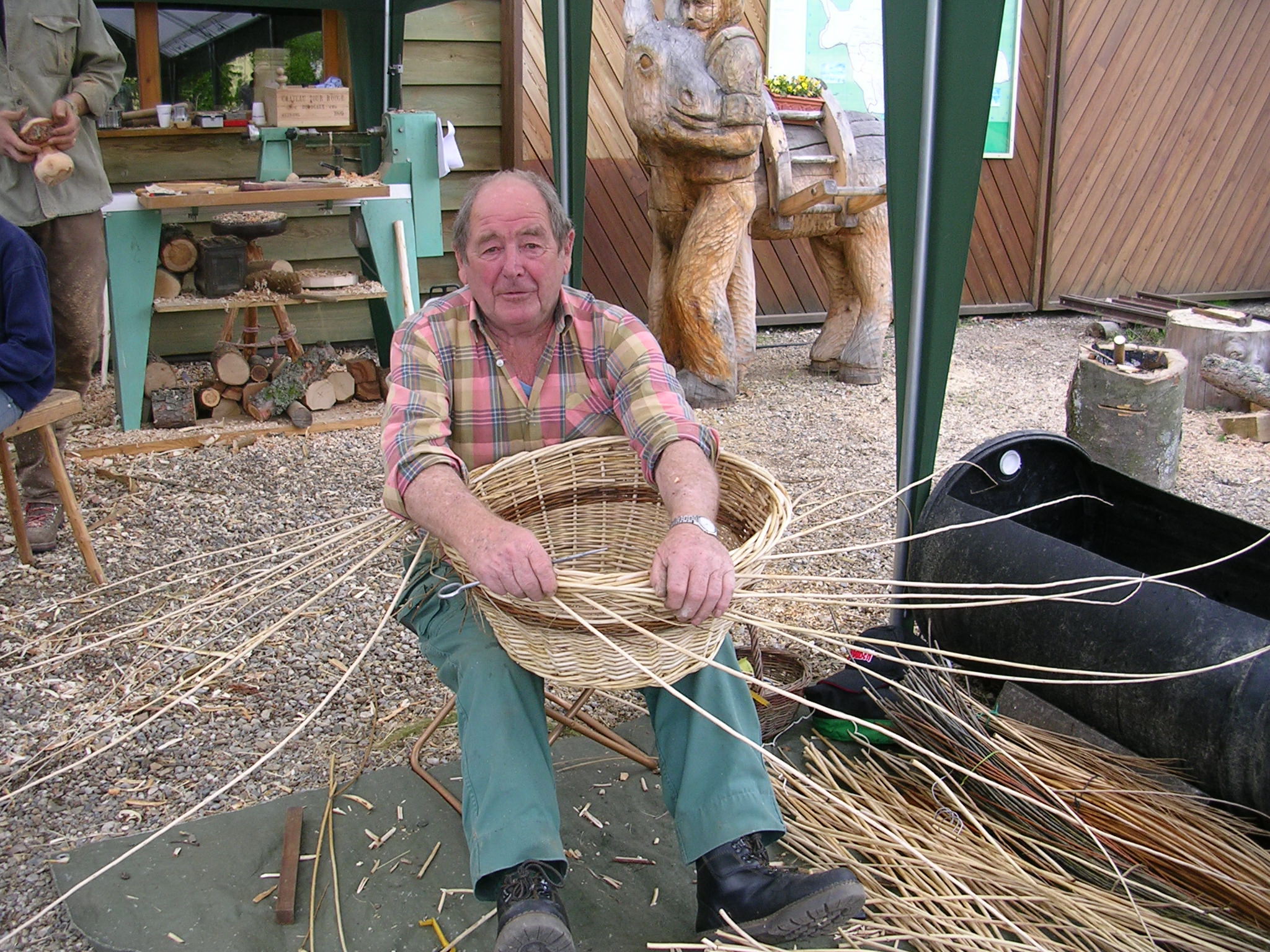 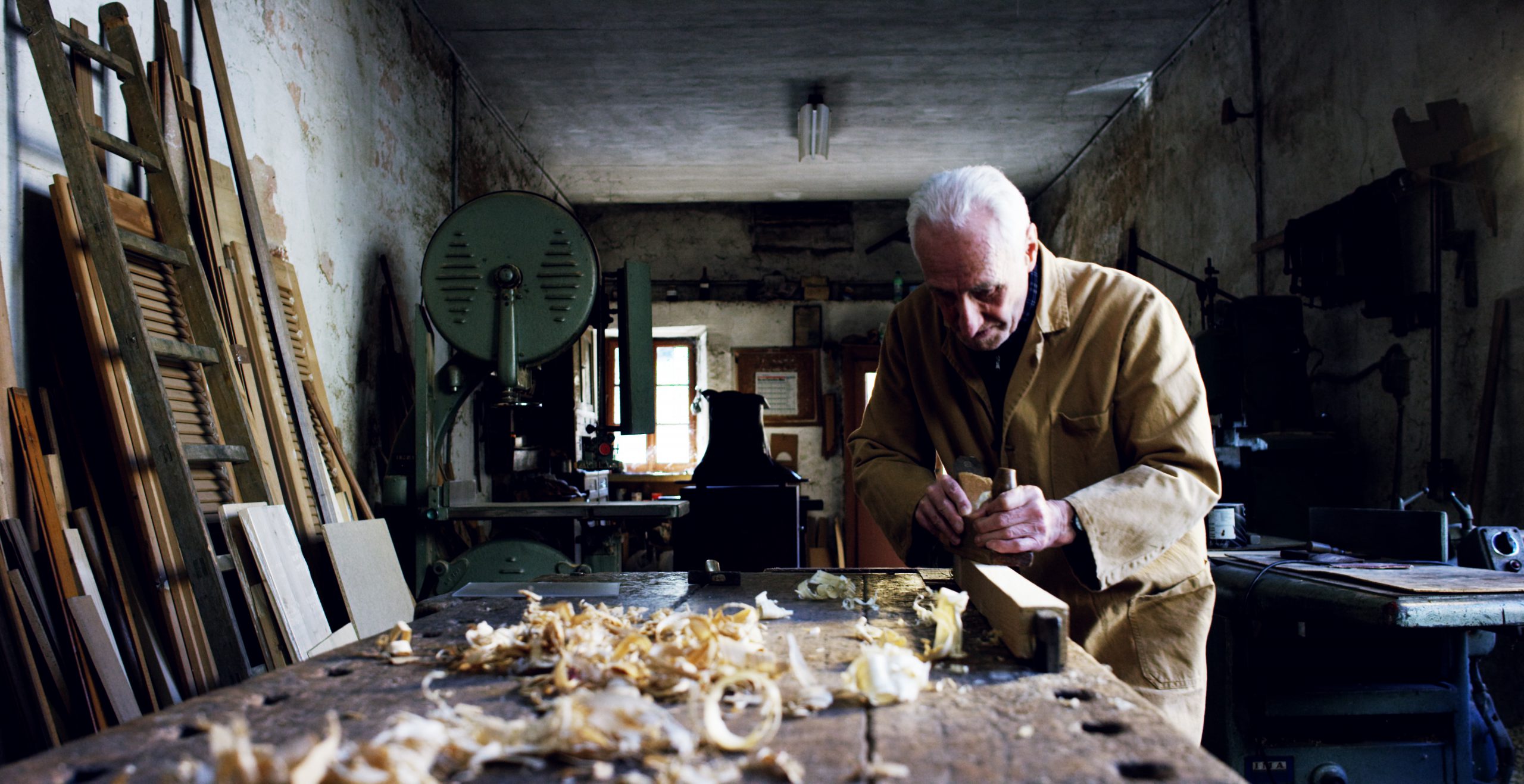 It was in an ordinance issued by the Provost of Paris, Jacques d’Estouville, in the last quarter of the 15th century that the term “joiner” first appeared, used without any other name. It was attributed to those whose principal trade was making furniture and fitting out the interior of dwellings.

It was from this moment that the joiners’ guild was separated from the carpenters’ guild and the trade came into its own. During the 14th and 15th centuries, this trade was responsible for a great many works, some of which have been handed down to us, and which, in addition to displaying the craftsmen’s skill, demonstrate real design proficiency and thorough knowledge of wood, its properties and its behaviour in various applications.

Most of the joints we use today were used as far back as the 15th century.
Back then, a clear distinction was made between the various specialisations:

– Carpenters who specialised in the use of wood for fitting out interiors: door frames, parquet flooring, various types of panelling and so on

– Joiners who specialised in furniture.

It was also from working with ebony that the French name menuisier en ébène (ebony joiner) was coined, later simplified to ébéniste (cabinetmaker). 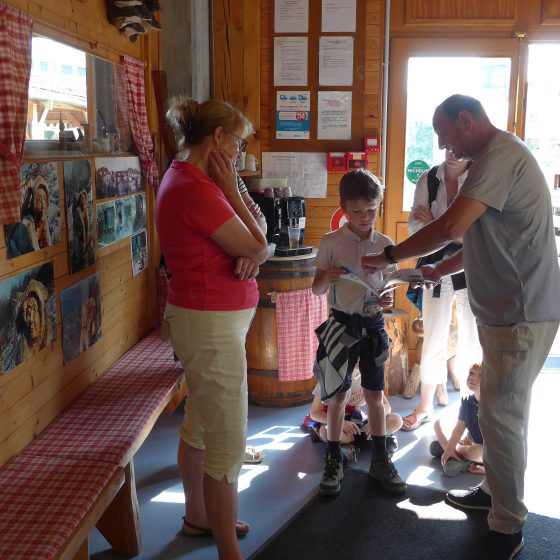 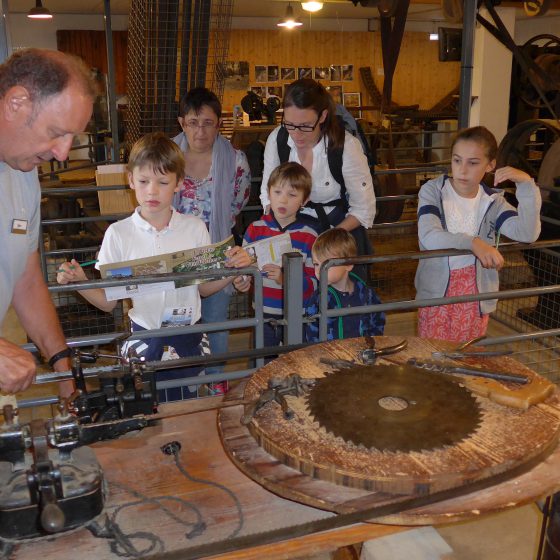 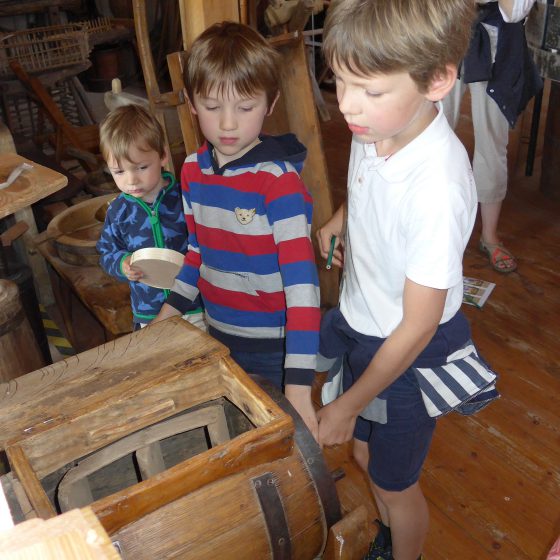 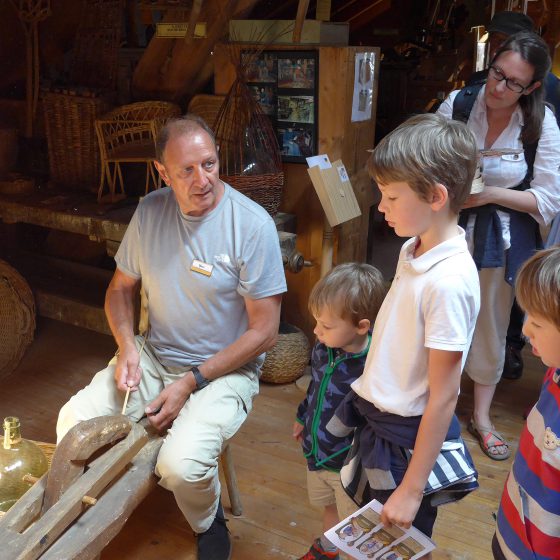 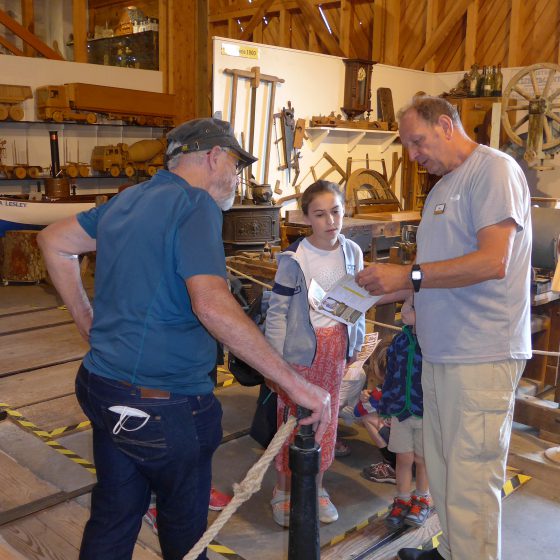 we are available and at your service